The Spring side of the equinox included: a second chance to monitor a hummingbird nest, a trip to Arizona, as well as short excursions to Nine Mile Falls and the Washington Coast. Not to mention lots of hummingbirds at Discovery park.

Our adventure this spring was to fly into Tucson, AZ and then drive two hours around the south of the Rincon Mountains and north up the San Pedro River Valley to the community of Cascabel. There we stayed on a small ranch in a cozy rock cabin, a short walk from the river bed one way and the saguaro desert the other.
Sitting on the bank of the San Pedro River in April is rather shocking for a Northwesterner. The river was unusually high for that time of year. Which means that from the spot we sat, we could see water. A whole five inches deep and three feet wide. Where I come from this is known as a small stream. The San Pedro is a seasonal river that only shows itself during the rainy season or when the water table is higher than normal, as it was at that time due to tropical storm remnants dumping some needed water up-river in Mexico. Even with a seemingly small quantity of water, the lush green of the cottonwoods and other vegetation contrasted starkly with the saguaro desert nearby. 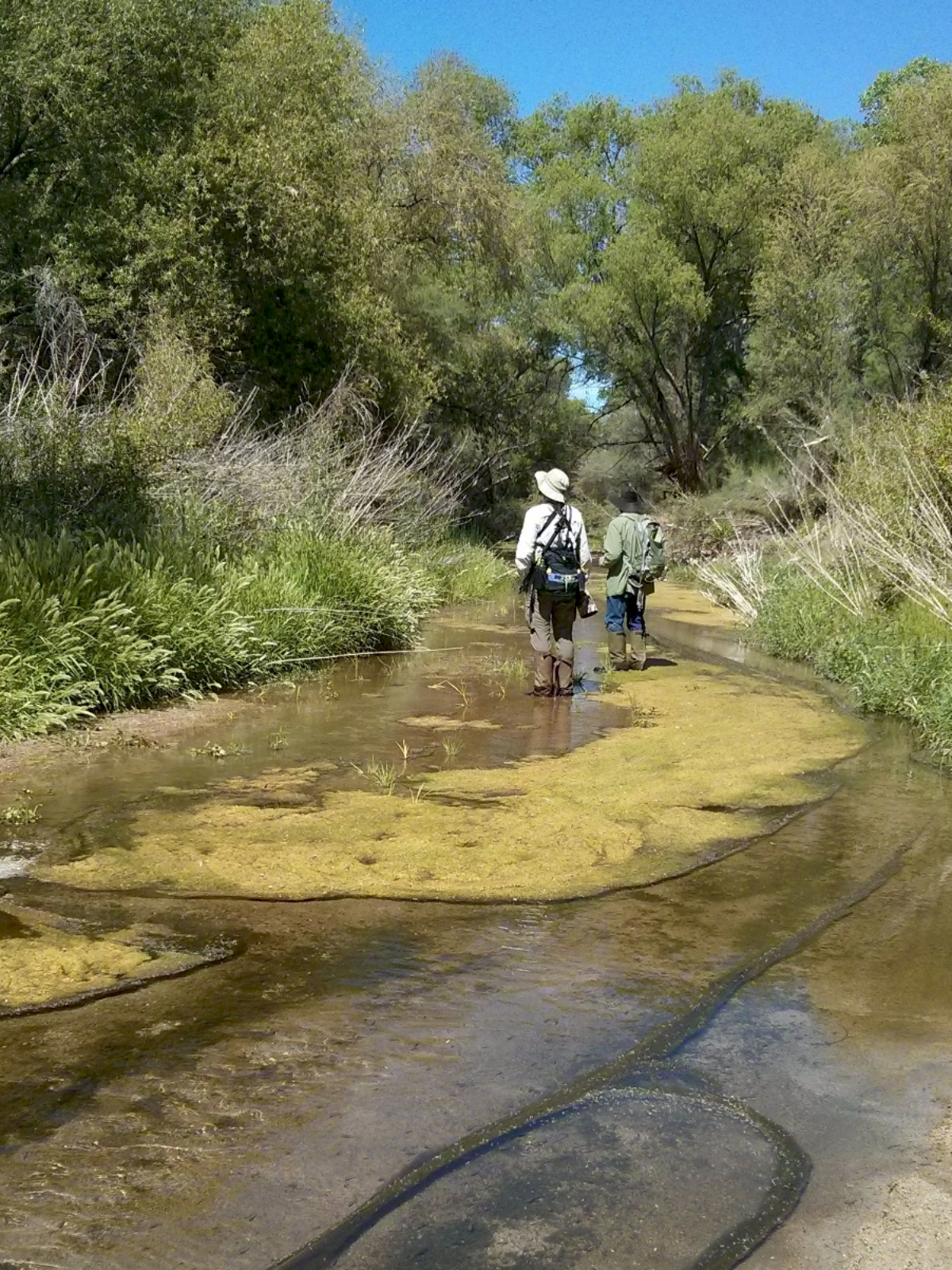 Tom and Ralph on a river walk. Image: Katie Talbott
Around us vermilion flycatchers hunt, and bright red summer tanagers chirrup. Yellow warblers sing, and ladder-backed woodpeckers peek. We were on a river walk through former Nature Conservancy land led by naturalist and author Ralph Waldt. His love of the land is truly infectious. And, his worry is just as contagious.
This area is well accustomed to drought conditions that are now plaguing areas like California. Here they have learned not to plant a lawn that needs to be watered. The homes that we visited have very little landscaping, surrounded instead by native flora and fauna. The cabin we stayed in has a low-tech composting toilet system that requires a bit more maintenance than flush and forget, but is amazingly efficient. Every drop of water is used consciously.
The San Pedro watershed is extremely important for wildlife, especially migrating birds.  Anywhere the water surfaces, migrants rest and feed on their journey. It is also a breeding destination for many birds.  We found several hawk pairs with nests along the river including Zone-tailed, Gray, and Cooper’s hawks.
Not surprisingly, the area is constantly under pressure from entities that believe that the resources are underutilized, at least for human purposes. Such pressures include a planned community up-river that will draw more water from the aquifer that feeds the river, to plans to run a large power line through the river valley, fragmenting and degrading this pristine riparian ecosystem. See the Lower San Pedro Watershed Alliance for better information than I can provide, and check out the beautiful intro video they have made in hopes to garner interest in a full-feature documentary film.
As much as we were there for the land and the wildlife, it was the people that we met that impressed us the most. We felt so welcome and it didn't take long to recognize a kindred spirit in everyone we met. Many thanks to Sue for making her River Rock Cabin available to us. And, to Ralph and Kathleen Waldt for introducing us to the flora and fauna of the San Pedro Valley.  To Bob Evans for inviting us into his beautiful yurt and hosting us with tea and homemade banana bread, while sharing his love of the area. And to Woody Hume for his detailed naturalist notes and for being... Woody.
I will close with a link to a poem I just found on the Cascabel Community Center website that does a great job of expressing an experience of the area much like our own:
A Visitor's Take on Cascabel
As I sit in my yard at home in Seattle, WA, I wonder how many of the birds I see here relied on the San Pedro as a rest stop on the way from their winter hunting grounds. 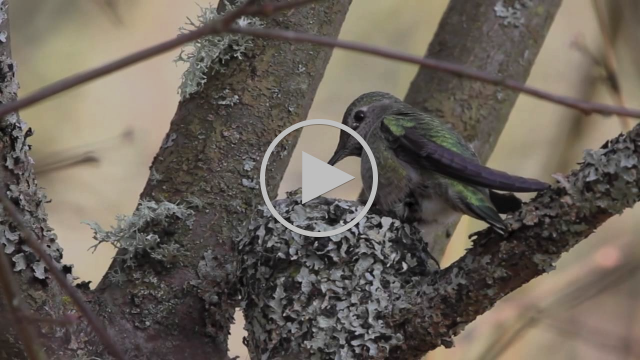 In case you missed it, I'm including a link to videos I created based on the two Anna's hummingbird nests that I had the privilege to observe late winter and early this Spring. These are collections of video and stills combined with ambient sound that are meditations on two Anna's hummingbird nests found in Discovery Park, Seattle, WA. Part I: On the Edge of Civilization An Anna's hummingbird nest is found on Feb 8, 2015 next to the hustle and bustle of human civilization. The nest is just being completed. Sixteen days later, a single nestling is seen and is raised until it fledges... Part II: Reluctant Sibling A second nest with two siblings is found Apr 3, 2015. After much practice, the elder sibling leaves the nest on the second day only to return by the end of the day. On the third day, after repeated prompting by the elder, the younger sibling eventually fledges...﻿