This fall was our "Continental Divide Tour". We started in Montana, clipped areas of Wyoming, Idaho, Utah, and Colorado, drove through the main corridor of New Mexico, and ended in Arizona. The main attractions we visited were Glacier National Park, Yellowstone National Park, Seedskadee National Wildlife Refuge, Dinosaur National Monument, Colorado National Monument, Bosque del Apache National Wildlife Refuge, and Whitewater Draw Wildlife Area. We started off with big mammals (bears, bison, elk, …) and ended with big birds (cranes and geese). It was another season of checking off “must see” locations and fitting those pieces into our mental map puzzle.

Be Where You Are 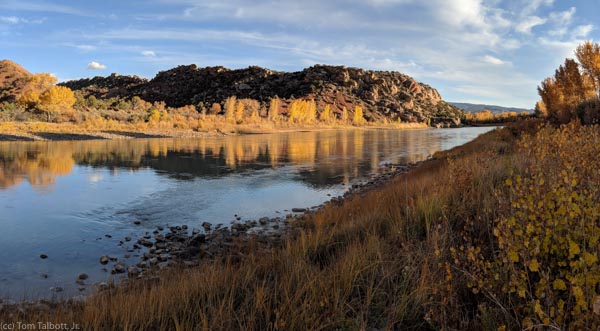 Last summer, Katie and I didn't know what we would be doing during the upcoming fall and winter. We had some vague ideas, mostly knowing we wanted to stay in our trailer this time and not go the Airbnb route we chose last winter.

One of the possibilities we were considering was an extended stay in Cascabel, AZ for the winter, one of our favorite locations from our first "Tour of the West", but we didn't have a plan to get there that felt organic. As I was out walking around the farm one day last summer, I started thinking about all the places we had skipped, intending to visit them later: much of New Mexico, Colorado, Wyoming, Montana, Yellowstone National Park, and Glacier National Park. It became clear to us that a slow trek south, starting from Glacier, through Yellowstone, following along the Rockies into New Mexico would be a great route back to Cascabel.

So, the first weekend after Labor Day, we headed to Glacier National Park and started the "Continental Divide” section of our "Tour of the West".

There were two pressures we found ourselves facing once we hit the road again. The first was that we went from summer to fall driving from Spokane to Glacier. We are still relatively new at this, we don't have a four-season setup, and we haven't spent a great deal of time at elevation, so we are still learning to trust ourselves in dealing with freezing weather. This kept us constantly evaluating the weather and trying to stay ahead of "winter". Snow was already a factor at Glacier and they closed the Going to the Sun road a few weeks after we left.

The other pressure was self-imposed. There is always something going on in Cascabel, so it was hard to stay focused on where we were, as opposed to where we were going. Fear of whether we could handle the weather and fear of missing out got in the way at times of allowing ourselves to experience what was right in front of us.

As we came to the end of our stay in Yellowstone, I felt that we weren't quite done and that we were shortchanging ourselves by planning to leave the next day based on freezing weather headed our direction and the draw to maybe making it to Cascabel in time for the conservation association meeting. After deliberating, we decided that we could deal with the weather, that Cascabel could wait, and that we should do a last outing into the park. That next day we filled in some of the missing pieces of the park we hadn't explored yet, but most importantly, we had a close encounter with a male bison who happened to wander up behind us at a picnic area, saw some grizzly bear action, and spent over an hour hanging out with the first great grey owls we've ever had the blessing to see. We ended the day almost missing Old Faithful, but feeling complete and ready to move on. 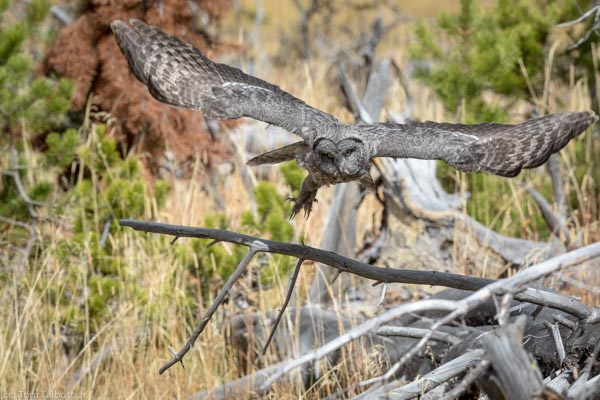 As usual, these lessons have to be learned over and over again and we found ourselves having similar debates as we continued to keep a step ahead of winter. We spent longer in the Grand Junction area than I intended, but Katie discovered a bookstore / press that has become an inspiration for her as we move forward.

We continued to alternate between who was anxious to move on and who wanted to stay and explore, but we ultimately never found ourselves staying too long. We didn't end up doing everything on our list, but we were able to "be where we were" much of the time.

We made it to Cascabel at the end of November, just ahead of winter, and have been warmly welcomed. Our journey here continued to expand our knowledge of this land as well as ourselves. 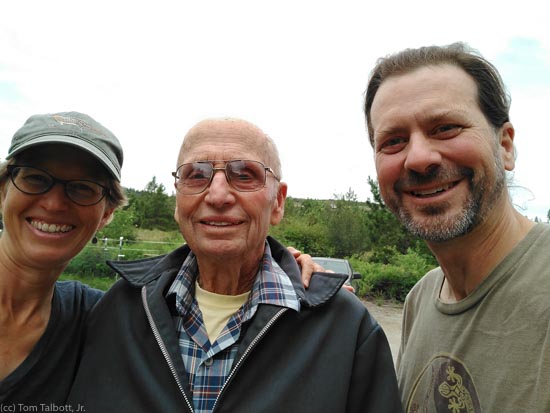 Katie's Father passed away on December 3rd, a few months short of 96 years old. I will always remember how his appreciation for all life around him grew during the past decade. He spent much of that time caring for his wife, Mary, until she passed over three-and-half years ago. Mary was the one who always seemed to be attuned to all the types of life around the farm and who we attributed much of our appreciation of it to. But when she was losing her ability to interact with the outside, Maynard took up her camera and started taking pictures of deer and wildflowers so that she would still have a connection with the outdoors. After she passed, he continued to stay attuned to what was happening outside his home on the farm, sending pictures of turkeys roosting in the trees and fawns using the yard to rest. When accomplishing things became less important and living took precedent, he seemed to come to appreciate what the other beings that shared his land were doing. A lesson I will try to continue to learn myself.