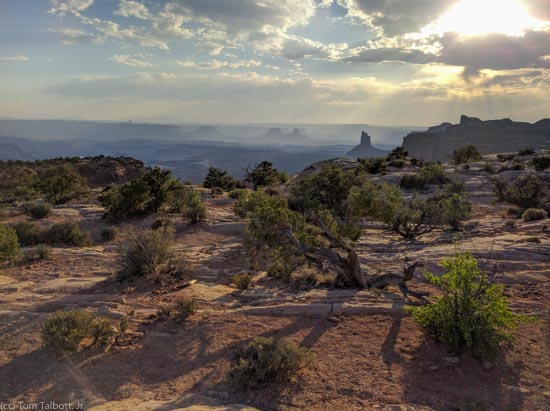 Much of this summer consisted of reconnecting with friends and family as we returned to the Pacific Northwest. As spring came to an end, we travelled north at a brisk pace, for us, trying to outrun the heat. We passed through the SW corner of Colorado and up through Utah's Canyonlands. We diverted through Boise, ID so that we could fly to Portland for my aunt's funeral and eventually landed in Nine Mile Falls, WA for about a month with Katie’s family.  After that we headed back towards the Puget Sound region and spent lots of time socializing and taking care of things that had been put off for a year.  We then headed to Salem, OR to be with my family and to experience our first total eclipse. We also had our trailer in the shop for a bit to deal with the few issues we ran into on our journey. With all of that going on, little to no photography was had after we left Nine Mile Falls. So, don’t be surprised that a number of this quarter’s highlights come from there.

What a Year it's Been 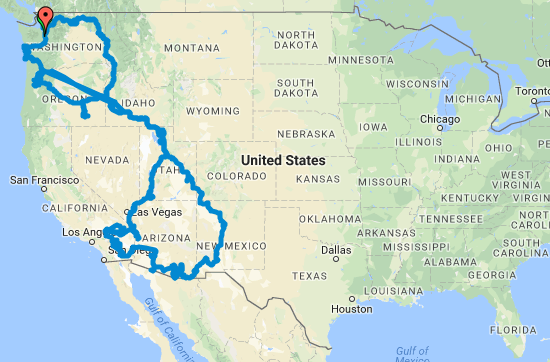 A year ago, Katie and I cut loose the bonds that held us in place. Since then we have drifted, with only a few known goals and a few restrictions. It was likely easier for us to do this than for some because we didn't make strong emotional or physical investments into our home in Seattle--other than our lovely bathroom that Katie's brother did a big part of. Even so, it was somewhat harder for us to make the change due to our level of inertia. While we see many of our friends and family making significant changes over the past year, it took something mildly dramatic for us to break the chains.


We have very few regrets at this point and have grown a lot this past year. Still affected by strong inertia, we continue to drift as we enter year two. While last year was about breaking free, this year is starting out to be about finishing some projects and assimilating what we have learned about the world around us and ourselves.
There is much to like about our current situation, but it is clear that it is not a permanent scenario. We love our little home and the mobility that it is giving us, but we are at the same time aware of its limits and how it is somewhat restricting as we weigh our options for the near, and distant, future.

Much like in scientific discovery, we have learned more about what we don't know than acquired any vast new understanding. How do we follow new threads of discovery while contributing to a larger whole?

Lots of existential thoughts to get lost in. So, let's do an accounting of the past year.

Looking at the numbers

In the 12 months from Sept 6, 2016 to Sept 5, 2017, Katie and I: Tom: As I stated in my mid-year retrospective, our gas budget goal ended up losing out to other goals such as seeing where the wind would blow us. Our original budget was based on not wanting to use more gasoline than the average of the previous four years of traveling--about 14,200 miles per year in our 37-mpg Honda Civic. That gave us a gas-budget goal of 388 gallons per year. We traveling fewer miles, but in a rig that ended up averaging around 19 mpg. This means we used half again as much gasoline as we had hoped. Something for us to work on in year two.

Solar power worked reasonably well. In sites with decent sun, we could work and run our trailer systems almost indefinitely. The only thing that really strained it was trying to do something intensive, like photo processing on the computer. Having a way to augment the solar at night and on stormy days would likely solve that. There were plenty of times that a wind generator would have done the trick. In the end, it was hard not to plug in when electricity was available, but I was far more aware of how much electricity I was consuming when I had to manage the generation of it.

Entertainment was minimal, and rarely sought out. Usually, we had plenty to keep us busy throughout the day.  We might end up listening to a bit of an audiobook to wind down in bed and I would always read something to put me to sleep. We had a few things that I had ripped from DVDs and put on a tiny thumb drive (more like a pinky drive that was easy to lose). Nothing we hadn’t seen before, but they entertained us when there was a need. I thought I would listen to more audiobooks on the road, but with most stints being relatively short (2 to 3 hours max) and the places we were driving being relatively new to me, there wasn't a need to distract myself.

Did we learn anything?