Katie and I have spent a full year in SE Arizona as of the end of March. When we made those plans back in May of 2019, we had no idea what the following year was going to be like for the world, but it worked out to be a good place to be. The Middle San Pedro Valley has fared quite well, especially compared to the rest of Arizona, and many of the essential and vulnerable folk are getting vaccinated. There is a feeling that we have escaped our worst fears, at least.

The weather this winter has been mostly very dry with only an occasional weather system bringing a few drops of rain and even a flurry or two of snow. The twenty-year drought shows no signs of abating. Our site for the winter didn't get much monsoon rain, less than where we stayed during the summer. All the plants were very dry here and very few desert blooms so far. Though with the cottonwoods greened up, the cheery calls of the vermilion flycatchers along the river, the cries of grey and zone-tailed hawks, Lucy's warbler and Bell's vireos making their return, and a recent measurable rainfall, there is some bit of normality trying to proceed.

The valley hosts many mammals during the winter. This year we may have seen even more due to the Bighorn fire last summer in the Catalinas. White-tailed and mule deer were abundant, javelina were everywhere, and lots of coyotes. There were even a few bobcat and mountain lion that either showed up in my wildlife camera or were seen in person. The large sparrow flock stayed around for much of the winter along with the standard set of winter birds.

Our biggest news of the winter is that we purchased 70 acres of conservation property near the confluence of the San Pedro River, Paige Canyon, and Hotsprings Canyon, right in "downtown" Cascabel. It contains a number of ecosystems: Hotsprings Wash, old growth mesquite bosque, San Pedro floodplain and river bottom, and desert uplands. For much of the fall and winter, it contained the only large natural source of water for a 10 mile stretch of the river. It is part of the wildlife corridor between the Rincon Mountains and the Galiuros.  I've seen mountain lion there as well as bear tracks and I am looking forward to seeing what spring will bring.


The large flock of sparrows, predominantly white-crowns, that arrived in the fall stayed through much of the winter. It was surprising to me because the fall and winter were extremely dry, with only a couple of measurable rain events. The sparrows mainly feasted on various dried grass seeds in the floodplain. But where did they get their hydration? Outside of a few folks putting water out for wildlife and stock, the only natural water sources I knew of were two miles south and four miles north. The river didn't flow all winter. Yet, the core of the flock I was following stayed in a dry grassy area in between.

One late afternoon, on a sparrow walk, a small group of us noticed sparrows and towhees flying up to the side of a small cottonwood tree. Further investigation revealed a wound where a branch had broken off and it looked damp. One of us decided to check it out, and sure enough, it was wet. This was at a time when we hadn't seen any rain for weeks. 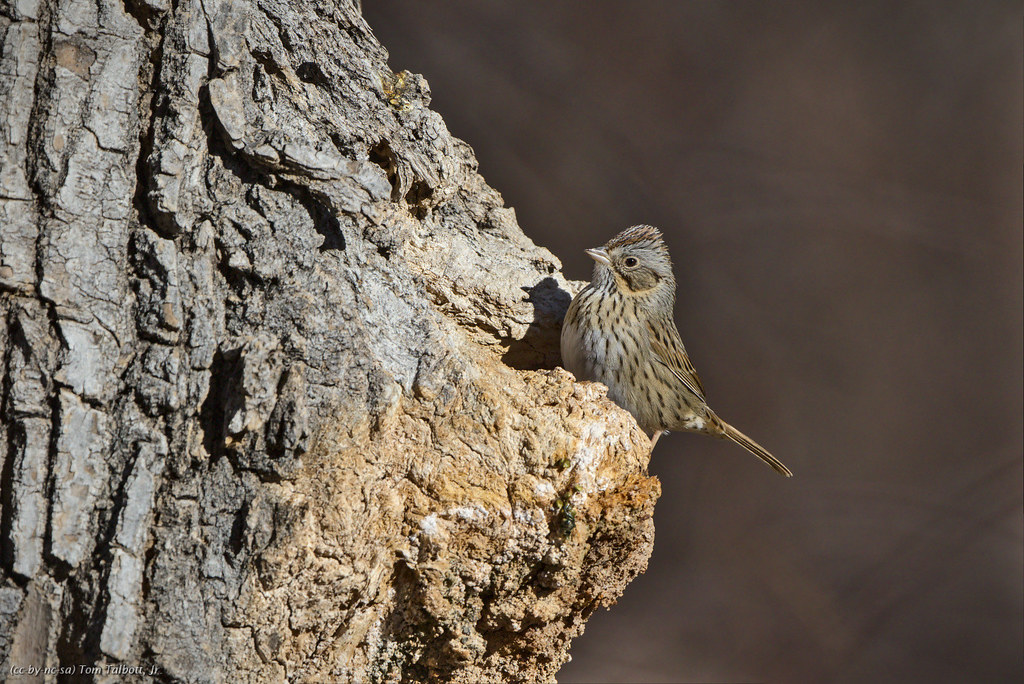 I started looking for other wounds in cottonwoods that might exhibit the same phenomenon as the one we found. In one day I mapped ten locations that either had active use or looked promising. Many of the active ones were on the interface of the cottonwood trees and the grassy areas. Some of them were virtually little bowls of water with water stains running down the sides of the trunk. This all during one of the driest times we've had since monsoon. 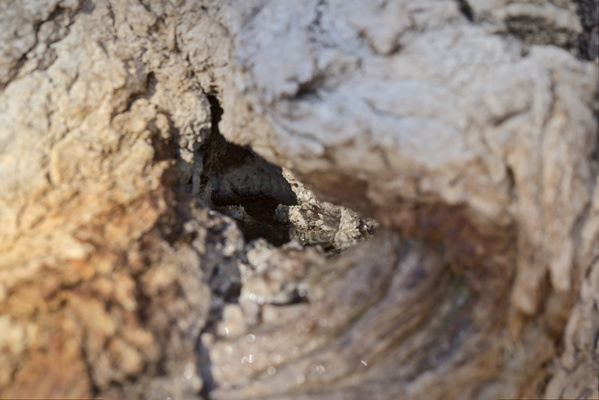 Cottonwood is known for its brittleness and how it sheds branches on a regular basis. They are also known for providing habitat for cavity-nesting birds and owls that take advantage of hollows that form in some cases. In the past I had assumed that the wet-looking streaks from such wounds was a sticky sap. I was amazed when I looked closely into some of the wounds and found shimmering pools of water whose only source could be from the subsurface river water that the trees continued to draw upon, even during their dormant winter sleep. A quick smell and taste revealed a strong "wet wood" scent and flavor. I'm assuming that is a couple of steps up from a murky pool that cows have been urinating and defecating in.

These little reservoirs clearly provided enough water to sustain one of the largest flocks of white-crowned sparrows I've experienced, and during a very dry fall and early winter. When we did get some rain, the activity around the wounds would drop off. It would then pick up a few days later as the rest of the land dried out again.

Eventually, the white-crowned sparrow population began to drop off towards the end of winter. Knowing that they had a steady supply of water makes me confident that they moved on for other reasons.