2022 has been a busy year so far trying to prepare for our first monsoon on our property. We had planned to drive up to the Pacific Northwest in early June, but we decided to postpone that so that we could continue to work on our conversion of the ten room dog kennel that came with our property into three human sized rooms. Not being versed in construction, everything has been new and takes longer than if someone else was doing it. Not that we haven't had amazing help along the way.

Spring brought the Middle San Pedro Valley back to life again and I was able to take time out and watch the change over from a quiet dry winter to a rowdy dry spring. But now that monsoon has been teasing us recently, I'd better get this album out...

Strawberry Moon over Mica Mountain
It was another dry spring, which is not unusual. That it followed another very dry winter is what was significant. The Sonoran Desert is characterized by having two rainy seasons: winter and summer monsoon. The lack of winter rains meant another fairly brown, colorless spring. The mesquite and cottonwoods were nice and green due to the water they tap far below the surface, but wildflowers were mostly absent and most of the cactus didn't bother to send out blooms. Some saguaros eventually started blooming in June, very late, but it was quite the contrast to the super bloom of a year ago that nobody had ever seen before. Prickly pear and saguaro fruit will be extremely sparse this summer. Best to leave it for the wildlife that depends on it.

The heat arrives early here. There are a few weeks after it stops freezing at night that it doesn't get too hot in the afternoon to make you want to hide. The diurnal temperature cycle can be quite impressive in the high desert, easily up to 60 degrees or more in the cold sinks of the valley floor. That relief during the spring is quite welcome, especially knowing that it won't be like that during the summer and monsoon.

Even in such a parched environment, spring still brings life into the valley. As migrants pass through and summer residents arrive, the silence of winter transforms into a cacophony of song, calls, and buzzing along the river corridor.

Vermilion flycatchers are the initial sign of spring in this valley, but they are soon followed by summer tanagers, brown-crested and ash-throated flycatchers, yellow and Lucy's warblers, Bell's vireos, Cassin's and western kingbirds, northern beardless-tyrannulets, ... Those using this corridor to migrate through were less present this year. Last year you almost had to duck walking the main road with all of the western tanagers flying around. This year they were late, few, and only stuck around for a couple of weeks. 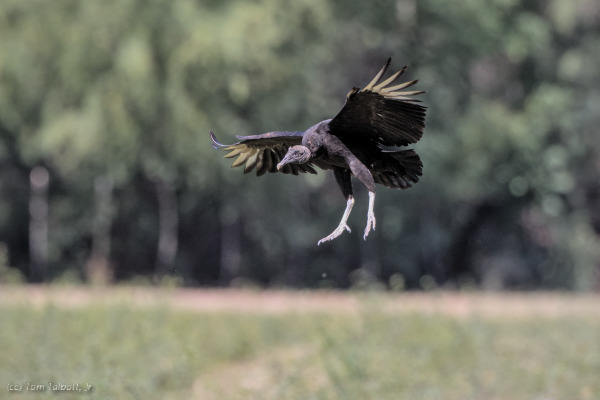 Low numbers do seem to be the case for many species, though there seem to be plenty of yellow warblers and yellow-breasted chat. Water being so scarce, it was a blessing to be able to visit a neighboring ranch regularly to see who was utilizing the fields and stock pond. Being a bit of an oasis, a couple of rarities that usually are found further south made an appearance: a crested caracara and a black vulture. The caracara was my first ever. It appeared to be a first year juvenile.

The turkey vulture, the icon of the desert and its harsh conditions, also return in the spring. Nothing goes to waste when they are around.

One type of critter that there was no lack of were lizards. Once they appeared, they pretty much took over. When the ground heats up, they come out of hiding and are constant scurrying companions. We've even had a few regal horned lizards show up. The lower number of roadrunners has definitely worked in the lizards' favor, but we have seen one beginning to sneak around our property.

We saw a few snakes early on when it started to heat up, but they didn't stick around. A small diamondback did come to our outdoor shower one recent evening, clearly desperate for water. The floor was still damp. I'm guessing monsoon will change that up a bit. 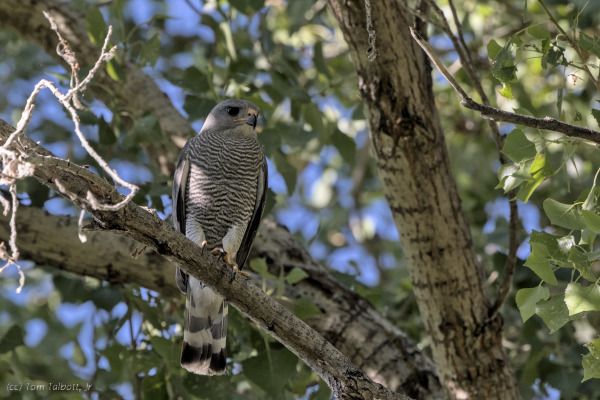 Another sound of spring is the cry of the gray hawk. Anytime you are in the vicinity of a gray hawk nest you will hear the piercing admonishments of one or two of the pair claiming ownership. They don't make a sound at the nest. Usually, they will slip away silently, then start crying from a distant tree and continue to lead you away with their cries. According to the Sibley Guide, there are only around 100 nesting pairs in the United States. That is hard to believe when I can easily walk to five locations where I am constantly told I'm not welcome and I know of at least five more likely areas. If the numbers are correct, that would mean that I have personal knowledge of ten percent of the nesting pairs in this country, which seems unlikely.

Monsoon has begun teasing us with showers earlier than recent years and the river just started running. Time to start watching for the emergence of a whole new crop of critters. I've already seen a young desert tortoise and a red-spotted toad, but I have a few more critters on my list that I've either never seen or seen only once. Stay tuned...

Thanks to the centrifugal pump, places like Nebraska, Kansas, Oklahoma, and Texas had thrown on the garments of fertility for a century, pretending to greenery and growth as they mined glacial water from ten-thousand-year-old aquifers. They’d played dress-up-in-green and pretended it could last forever. They’d pumped up the Ice Age and spread it across the land, and for a while they’d turned their dry lands lush.

The desert was different. It had always been a gaunt and feral thing. Always hunting for its next sip. The desert never forgot itself. A thin fall of winter rain was all that kept yucca and creosote blooming.